People I know have this habit of canceling at the last minute when plans have already been laid out. It really is very frustrating when you get excited then suddenly someone cancels, and the trip’s off. I remember, back when I was in Ilocos, a friend of Babes shared to us that sometimes when he really wants to go somewhere with anyone, he doesn’t wait for everyone to decide on a place before booking. Instead, he books a trip, usually a tour package good enough for a certain number of people, then sends an invite to all his friends. That way, whether or not all the people he invited comes, he’d still have a trip booked to go to. So, I tried doing the same thing. 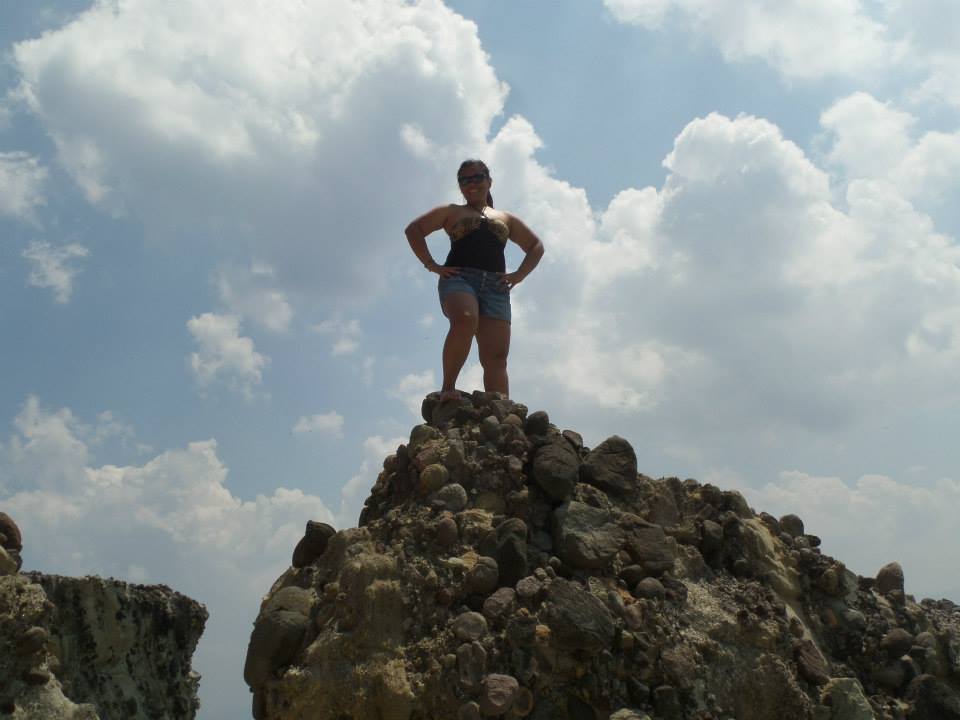 Our Sagada trip, as exciting as it can be, was really exhausting. I thought a trip to the beach could help relieve me of stress, and the cheapest and the nearest one I can think of is Zambales. As soon as I got back from Sagada, I invited my friends and family to go there. No one was sure they’d want to go, even if they assured me that they want. But, I still booked a trip. I called TipidLakbay, the same travel agency that arranged our Sagada trip, and availed of a tour package for 10. Why for a lot of people? Because I don’t want to be alone, and I was trying out a suggestion. The package for 10 costs about Php5000 (Php500 per head), and includes an overnight stay at the Anawangin cove, boat ride to and from the cove, tents, and island hopping.

I scheduled the trip on the 3rd weekend of May and sent out an open invitation to everyone. A lot of my friends expressed their desire to go. But only my aunt and her family (4 adults and 5 kids), who actually nearly drop out of the trip at the last minute. I also tagged my assistant along. Whew! Imagine having no one to share the package cost with. Really good thing they tagged along.

If no one said yes, imagine having no one to share the package cost with. Really good thing they tagged along. I probably wouldn’t try this trick again. Or book for just a few.

Commuting to and from Anawangin

My assistant and I went to the Victory Liner bus station in Cubao at midnight to chance a ride to San Antonio. But since it’s still summer season in the Philippines, it was hard to book a bus going to the beach. We met with my aunt’s family at the station and waited a bit longer, but no available bus came.

I originally wanted to hike Mt. Pundaquit going to the Anawangin Cove, but since we were with kids, I scrapped the idea.

If the commute going was hard, the commute going back home was way more stressful. I would recommend against commuting if you’re bringing kids. While I don’t mind running after buses, standing along with men with smelly armpits, shoving anyone who gets in my way through the bus door, it’s just not easy when you are with small kids.
[booking_product_helper shortname=”anawangin”]

A breath of fresh air

While the commute going to the cove was a stress, staying there was a breath of fresh air. The air was relaxing and the view was breathtaking. We took pictures, tried to climb rocks and hills, and enjoyed swimming in the sea!

It was a good rest after the Sagada trip and it was fun to bond with my cousins. We get to exchange stories, talk about our problems, shared jokes, and just enjoyed each other’s company. I was able to forget all my worries for a couple of days on this trip.

Not a good deal

Planning and doing the trip yourself is still better, especially now that there are so many blogs out there that will guide you, paying someone to do it for you is not budget-friendly. Also, I probably wouldn’t bring my own kid here if I don’t have a car. Commuting would be a nightmare for me if I bring my kid.